The principle of one share, one vote is a foundation of good corporate governance and one of the first policies that CII members endorsed. Equal voting rights proportionate to each investor’s share ownership is the predominant capital structure in the market. But, in recent years, a prominent minority of companies going public– from Alphabet (Google’s parent) to Zillow – have embraced dual- or even triple-class capital structures with unequal voting rights.

Typically, founders and insiders lock in their control by issuing themselves a class of stock with 10 votes per share while offering public shareholders a class with only one vote per share. Often over time, this founder-knows-best approach presents increasing risk to long-term investors by entrenching management and blindsiding executives to the need for change.

That lack of accountability at the top can also harm corporate culture and the community at large. Consider the costly blunders by Facebook and Google on issues ranging from data privacy to sexual harassment to perceived political bias. Insiders at both companies have outsize voting power that dwarfs their equity stakes, letting them do as they please with little risk of losing their jobs.

Recent academic research indicates that while dual-class companies have a value premium in the early years after their IPO, over time that evaporates and becomes a discount within six to nine years from IPO. That is why CII presses dual-class companies to incorporate time-based sunset provisions to convert to one-share, one-vote within seven years of IPO, unless all classes of shareholders, voting on a one-share, one-vote basis, approve keeping the dual-class structure.

CII stepped up its efforts on this front in the fall of 2021 by submitting draft federal legislation that would prohibit the U.S. listing of companies with multi-class stock with unequal voting rights absent a sunset provision that takes effect within seven years of IPO, unless shareowners of all classes approved keeping the unequal structure.

CII and Railpen announced June 13 the launch of the Investor Coalition for Equal Votes (ICEV) a new collective investor initiative to push back against unequal voting rights at portfolio companies.

The ICEV is a group of global asset owners that may grow over time to include asset managers. The current investor members are Railpen, the Minnesota State Board of Investment, New York City Comptroller’s Office, New York State Common Retirement Fund, Ohio Public Employees Retirement System and the Washington State Investment Board. All are committed to advocating for proportionate shareholder voting, effective stewardship and long-term sustainable company performance. Their objective ultimately is to prevent the further enabling of dual-class share structures that do not include time-based sunset provisions. ICEV points out that public shareholder rights have eroded among a minority of IPO companies in recent years across several countries, as company founders seek to secure disproportionate control and policymakers seek to encourage firms to list in their jurisdictions.

In its first phase, ICEV will engage with pre-IPO companies and their advisors, as well as policymakers, commentators and index providers in priority jurisdictions. This will take place through engagements with both private and public market participants as well as in policy forums.
Read more about dual-class stock here. 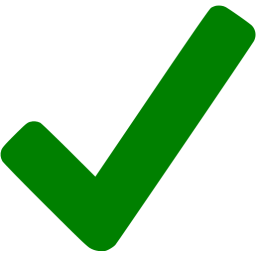 Ensuring that investors have independent proxy research
Safeguarding the independence, quality, affordability and timeliness of proxy analysis and advice is critical to investors.

Many institutional investors—regardless of the degree to which they focus on environmental, social or governance (ESG) issues—are clients of proxy advisory firms. Pension funds and other institutional investors use proxy advisory firms' research and recommendations, to varying degrees, to inform their decisions about how to vote their shares and conduct their engagements with portfolio companies.

In 2020, the SEC approved a rule that would inhibit proxy advisory firms from doing their jobs and make it more difficult and costly for institutional investors to obtain the proxy research and recommendations. CII advocated strenuously against the rule. Institutional Shareholder Services (ISS), a leading proxy advisory firm, sued the SEC to overturn the rule and CII and several member funds filed an amicus brief in support of that suit.

The SEC on July 13, 2022, rescinded key provisions in its 2020 rules that had set onerous requirements for proxy advisors and proposed clarifying three of the bases for exclusion that companies may use to omit shareholder proposals from their proxy statements.

The commission approved amendments that rescind two provisions in the rules the SEC adopted in July 2020 but never enforced. Those provisions required proxy advisory firms to 1) make their advice available to companies that are the subject of their advice at, or before, they make the advice available to their clients; and 2) provide their clients with notice of any written statements by subject companies regarding the proxy advisory firms’ voting advice. Gary Gensler froze the controversial rules soon after becoming SEC chair in 2021.

Notably, the SEC did not drop the provision in the rules that classifies proxy voting advice as a “solicitation” subject to proxy rules under federal securities law. Proxy advisory firms also will still be subject to conflict-of-interest disclosure requirements adopted in 2020.

Claw backs of unearned executive compensation
The SEC October 26 adopted a final clawback rule that requires securities exchanges to mandate that listed companies have policies providing for the recovery of erroneously awarded incentive-based compensation received by current or former executive officers. The new rule applies to all required restatements made to correct errors in previously issued financial statements, including “little r” restatements that are more difficult for investors to detect—a provision for which CII strongly advocated.

CII provided a great deal of input into the original language in Section 954 of the Dodd Frank Act of 2010, which required the SEC to have the exchanges set listing standards mandating that listed companies create and enforce clawback policies relating to executive compensation. But CII also wrote to Congress and the SEC even earlier, in 2008, urging both to strengthen clawback rules.

The commission first proposed a compensation recovery rule in 2015 and reopened the comment period on the proposal in October 2021 and again in June 2022.

Under the new rule, to stay listed on the exchanges, companies will have to put in place written policies providing that in the event that an accounting restatement is required, they will recover incentive-based compensation paid to current or former executive executives based on any misstated financial reporting measures. This applies to compensation received during the three-year period preceding the date the company is required to prepare the accounting restatement. The recoverable amount is the amount of incentive-based compensation received in excess of the amount that otherwise would have been received had it been determined based on the restated financial measure.

These policies will have to appear in companies’ annual reports and be provided in tagged data format. Annual reports also will have to include information about whether companies applied the policy, the date they were required to prepare a restatement, the aggregate dollar amount of erroneously awarded compensation attributable to the restatement, the aggregate amount that remains outstanding, and any outstanding amounts due from any former or current executives for 180 days or more.

Right of shareholders to express their voice via proposals on company ballots
CII continues to contest changes to the shareholder proposal rules that the SEC approved in September 2020.

Shareholder proposals permit investors to express their voice collectively on issues of concern to them, without the cost and disruption of waging proxy fights. In practice, shareholders exercise this right on a limited basis; the vast majority of public companies do not receive shareholder proposals. And shareholders rarely file binding proposals, giving companies ample opportunity to respond in a carefully considered way to proposals that pass.

Shareholder proposals have encouraged many public companies to adopt policies that today are viewed widely as best practices. For example, electing directors by majority vote, rather than by a plurality, a radical idea a decade ago when shareholders pressed for it in proposals, is now the norm at 90% of large-cap U.S. companies.

In 2020, the SEC approved a rule making it more costly and difficult for shareholders to file proposals. On Sept. 23, 2021, CII filed an amicus brief supporting a lawsuit challenging the rule. The brief provides historical evidence that shareholder proposals have promoted good corporate governance practices and long-term shareholder value. It also explains that the higher thresholds for resubmitting proposals could make re-filing at dual-class companies impossible in many cases. The lawsuit was filed by the Interfaith Center on Corporate Responsibility, James McRitchie and As You Sow. Read more here.

The origin of the newly adopted rules dates back to a 2014 CII rulemaking petition that reflected CII’s member-approved policy endorsing universal proxy cards in contested elections at U.S. public companies. After filing the petition, CII drafted more than 20 letters and testimony in support of universal proxies, including its most recent June 2, 2021, correspondence.

Under the new final rules, universal proxy cards must include all director nominees presented by management and shareholders for election at shareholder meetings held after Aug. 31, 2022. To facilitate the use of these cards, the commission amended the current proxy rules so each side can list the other side’s director candidates.

The new rules also prohibit companies that have not adopted a true majority vote standard from including an “against” voting option on their proxy card because such votes have no legal effect. Companies that use a plurality standard must indicate a “withhold” option and disclose the treatment and effect of this vote in the election. CII had pressed the SEC on this mislabeling since 2015, when it submitted the rulemaking petition on the matter.